Behind The Scene with Hector Montalvo
We like to welcome an attorney who couldnt make it as a lawyer and decided to get appointed as a judge.
​Mary R Black

Behind the Scene up coming shows

What to do with all that snow
EBT, The problems with the system
Bad judges, Do they follow the law
CTI’s Housing and Homeless Programs
Lowell Division of Development Services
Police officers crossing the line, caught on tape
The probation Department
City enforcements, are they being done
Lawrence Public Schools system update
Dead Beats, Is the government to blame
Child support Enforcements, Is it Extrotion
Kevin Thompson.  Author of “Exposing the Corruption in the Massachusetts Family Courts”
David Hollway president of NAGE union for the trial courts
Public Access,  Is your city or Town posting information you need to know.
Candidates for the Senate
Janet Uldridge Open Meeting Laws
D.O.R. Double Dipping
Zed McLarnon Director of Forensic & Media
Patrick McCabe Restraining order abuse
And Much More....

Thanks to yours truly, Judge Mary Manzi no longer sits at the beach she thought she owned.

Judge Mary Manzi Faces Public Bill of Address to remove her as Judge.

Why is she afraid of the camera?

It is my request that you submit and attach to the Act and Resolve with the General Court on my behalf using these words so that they can
vote on this Bill of Address to remove justice Mary Manzi from her appointed position as justice from the Lawrence Probate Court, for the
following reasons:  I understand this is done by you as my representative and you will provide me with a docket number as well.

Please keep me up to date  on the progress of my Public Bill of Address.
Regarding my efforts to video record courtroom proceedings that 99% of the people in the district cannot physically attend in person at the courthouse. I ask, Do we want minimal justice or Maximal justice for our tax's dollars? How do the people know they are getting maximal justice when the people don't have access to the courts?

Justice Manzi has refused to state in her rulings why my requests to video record courtroom proceedings are being denied and what the defects are in my requests so I may correct them to then video record the court.   Justice Manzi has refused to respond fully and completely to my prior requests over 10 in number, all such denials being without explanation or description of defects in said requests. I can provide those responses.

Justice Manzi has violated the principles contained within Article XXIX, Part the First, Massachusetts Constitution by failing to preserve the rights of the individuals in being able to obtain justice impartially and as independently of bias as humanly possible.   Justice Manzi is not in compliance with SJC Rule 3:09 CANON 1A, in that Justice Manzi  in supporting "high standards" of conduct for a judge and integrity, Justice Manzi  has not made a reasonable effort to protect the people's right under Article V, Part the First, Massachusetts Constitution are to be accountable in their actions to the PEOPLE of the Commonwealth.

Justice Manzi is not in compliance with SJC Rule 3:09 CANON 2A in that Justice Manzi  does not promote "public confidence" by letting "sunlight" into the courts in the means of video recording proceedings to be seen by the majority of PEOPLE who cannot take time off from work to attend court to view the proceedings.

Justice Manzi has failed to comply with MGL c. 213, s. 3 that court rules would be created and enforced according to law, such laws being compliant with Article IV, Sec. 1, Chap 1., Part the Second being "wholesome and reasonable" in creation and enforcement.

For these substantive reasons on this Bill of Address, I request the General Court do vote to remove justice Mary Manzi from serving as a Judge at the Lawrence Probate Court. I seek to have you push this Public Bill Of Address to remove Judge Mary Manzi so that the full general court can vote on her removal..

Please keep me updated every step of the way in regards to this Bill of Address.
Sen.Baddour, Please note I will be submitting another Public Bill Of Address, to be docket by you, In regards to other wrong doing that I have witnessed between  Judge Mary Manzi and the Department of Revenue. I am confident that when this Bill of Address is docketed, and made public, more people will step forward in support of this  Bill of Address.

There are other wrong doing by this judge, and I will submit another Bill of Address to address those issues which involved denying due process, and the rights to Equal protection in her court room.  Maybe that would explain why access is denied to 99% of the people and the media weather big or small..    It's time the people get to see how their judges operate in court

Where in government can you find that your civil rights can be violated?

What lawyers and Judges, don't want you to know
Part 1 on Left, part 2 on Right

Harassment Vs Abuse,  The affects 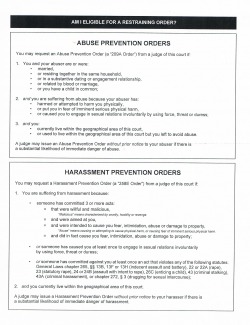 “Harassment”, the occurrence of one or more of the following: (a) willfully and maliciously engaging in conduct or acts directed at a specific person, which seriously alarms that person and would cause a reasonable person to suffer emotional distress.
Two local Attorney's Join us on the show to answer the questions.
To air on MCTV on July 1

Domestic violence and child abuse are terrible crimes, and those who commit such crimes should be severely punished.

It is estimated that as high as 80% of allegations of domestic violence and child abuse are completely false. What would cause someone to make a false allegation of domestic violence?  It is widely recognized that false claims of domestic violence are often made in divorce and paternity actions in order to gain a legal advantage.  It can be of no surprise that child custody tends to be awarded to the accusing parent.  Why would someone make such false allegations against the person they once loved, considering that the claim stigmatizes and humiliates the person and may require the expenditure of substantial sums to defend against?  When a relationship ends, the emotions involved are anger, hurt, frustration, rage and bitterness.  In fact, when a couple with children together are breaking up, they almost cannot help themselves from somehow using the children as weapons or pawns.  Who would do such a thing?  As many as 4 out of 5 people making such allegations are treating their children as pawns in an effort to seek revenge for something.  If 80% of all domestic violence allegations are false and such allegations are made in 25% of divorce cases, then in 1 out of every 5 divorce or paternity cases, a parent is using their child as nothing more than a weapon to achieve a desired result.  This is fascinating, considering that parents almost always say that their children mean more to them than anything else.
http://www.prlog.org/10675807-mark-baer-esq-discusses-false-allegations-of-domestic-violence-in-his-blog.html

Do you wonder why complaints against judges go nowhere? 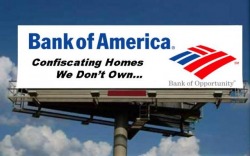 http://4closurefraud.org/2010/06/05/foreclosure-fraud-fraud-on-the-court-bank-of-america-vs-julme-cace09-21933-05/
Extortion by officers or employees of the United States

"Public corruption is a breach of trust by federal, state, or local officials—often with the help of private sector accomplices. It’s also the FBI’s top criminal investigative priority. To explain why the Bureau takes public corruption so seriously and how we investigate, we talked with Special Agent Patrick Bohrer, assistant section chief of our Public Corruption/Civil Rights program at FBI Headquarters".

" Because of its impact. Corrupt public officials undermine our country’s national security, our overall safety, the public trust, and confidence in the U.S. government, wasting billions of dollars along the way. This corruption can tarnish virtually every aspect of society. For example, a border official might take a bribe, knowingly or unknowingly letting in a truck containing weapons of mass destruction. Or corrupt state legislators could cast deciding votes on a bill providing funding or other benefits to a company for the wrong reasons. Or at the local level, a building inspector might be paid to overlook some bad wiring, which could cause a deadly fire down the road".

How does the FBI investigate public corruption?

"We often work in conjunction with the inspector general offices from various federal agencies, as well as with our state and local partners. And we depend greatly on assistance from the public. So let me end by saying, if anyone out there has any information about potential wrongdoing by a public official, please submit a tip online or contact your local FBI field office. Your help really makes a difference". Resources:More on FBI efforts to combat public corruption
http://www.fbi.gov/page2/mar10/corruption_032610.html

We go behind the scene to see why this Judge refuses to open her court room to the public. We will bring you our request, and their response.
Under SJC Rule 1:19  A judge shall permit broadcasting, televising, electronic recording, or taking photographs of proceedings open to the public in the courtroom by the news media for news gathering purposes and dissemination of information to the public. According to Chief Justice Paula Carey this matter should be address by the Judge hearing cases that day

BEHIND THE SCENE TAKES A LOOK .

CAMERAS IN COURTS IN THE HOT SEAT.. CAN WE GET A JURY???

FORMER LAWRENCE PROBATION CLERK
ALLEGEDLY STOLE $2 MILLION FROM COURT
We go behind the scene to ask who wasn't doing their job?

Marie Morey, 38, of 18 Greenfield Street, Lawrence, a former accounting clerk in the probation department at Lawrence District Court, was secretly indicted this afternoon by an Essex County Grand Jury, charged with stealing $2,037,725.21 from that department’s account.

She is charged with larceny of property over $250 and filing/publishing a false written report by a public employee.

Morey had been arrested on September 30 of this year, when investigators charged her with larceny over $250 for allegedly stealing $6,350 from the probation department. Bail had been set at that amount by Lawrence District Court First Justice Thomas M. Brennan, who also ordered her to report to probation daily by phone and to surrender her passport.

An exhaustive search by auditors from the Administrative Office of the Trial Court, along with State Police Sgt. Barry Brodette assigned to the Essex District Attorney’s Office, determined that Morey had allegedly stolen more than $2 million from the probation department of the Lawrence District Court.

If convicted, Morey faces up to five years in state prison on the larceny charge, and one year in the House of Correction on the charge of filing a false report.

Why is it that the court did not see that Marie Morey was taking $12,000 a week from the court accounts at the Probation Department at Lawrence District Court? Why is it that it took three years to catch this theft ?
How much did the Registar of Probate for Middlesex probate court steel in court funds ?
What is the Administrative offices hiding (or should I say not doing)
We want to know who failed to do their job?

We go behind the scene to ask questions,bring you their responses, and we let you decide. 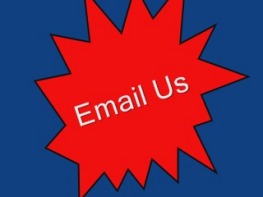